The GC Administration’s proposed solution document* was debated and voted 184-114 to send it back to committee for review today, October 9, 2017. After some preliminaries and discussion regarding the process for the pivotal vote and length of time for the debate the discussion began. General Conference committee members from the Global North immediately took to the microphones to decry the fact that the 14 page document was not released earlier for everyone to read it before hand and “pray” over it.

As the afternoon wore on, more substantial issues were raised by some, most notably by Dr. Cooper who raised five points:

A committee member from the Southern Asia Division spoke to the issue of freedom of speech and dissent and proposed an amendment to replacing “advocate” with “work” that many felt alleviated the 5th concern that Dr. Cooper had raised earlier. Other delegates most notably the Columbia Union Conference president in the NAD whose union is out of compliance, raised a question regarding the constitutionality of the measures being proposed. The General Conference President tried to explain that the constitution is “silent” on the issue of “suspending” rather than “removing” executive committee members for advocating non-compliance. The General Conference Associate Counsel was called upon to issue a comment. His remark that this was a “uncharted area” prompted a flurry of comments and motions to refer the proposal back to the By-laws committee to rule on the constitutionality of the measure. Wilson noted that this would delay compliance measures for a year. Others such as Pastor Doug Batchelor and Pastor Jay Gallimore remarked that this seemed to be a “delaying tactic” employed by the pro-women’s ordination faction in the committee. Pastor Mark Finely noted that this document helped to address compliance issues in relation to the independent ministries.

After several motions, which one observer remarked that “all these motions are giving me motion sickness,” the General Conference Committee moved towards a vote.

The proposal was sent back after an 184-114 vote. Wilson signaled his reluctance to pursue the so-called “Nuclear Option” prompted an observer to declare that the “Nuclear Option is Dead.” Absent the dissolution of the unions, we will have to find another solution or a more complete one. We continue for another year searching for solution to the compliance related issues that include but are not limited to women’s ordination.

It’s early to analyze this vote. I need to read the document more closely. [Finding a good copy of it online was difficult]. The issues of representation, voice, and vote, as well as conscience were significant in this debate. Overall, while I supported a move towards answering the compliance question, I felt that this document’s focus on the individuals rather than the constituency made it a half-solution. The lack of constituency directed compliance issues were significant. The timing of the release of the document may have been affected by last year’s early leaks to independent outlets which caused an uproar and vitriolic debates. By choosing to release the document at the meeting, the administration may have miscalculated its ability to sell the solution. It may have also played into the hands of those members who oppose any compliance measures. It allowed them to claim the high moral ground in the debate early.

Overall, I was pleased that Pastor Wilson led in this debate and the process and its self-checks kicked in. No one can say that the General Conference is run by “one man.” The General Conference Executive committee chose the path of caution and deliberation. I noted that the entire debate lasted longer than the Pacific Union vote to ordain women in 2012, which precipitated this crisis in the first place.

I hope that in the coming year, even more divisions will debate and discuss the issues of compliance so that by next year we will be able to resolve this issue in a way that promotes mission.

note: *this document was shared by an attendee during the committee on twitter. several news organizations including us are using it.

A House Divided (1B): The Moment of Truth – The Rise of the Seventh-day Adventist Church 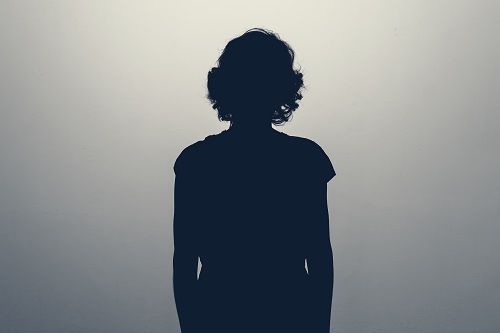